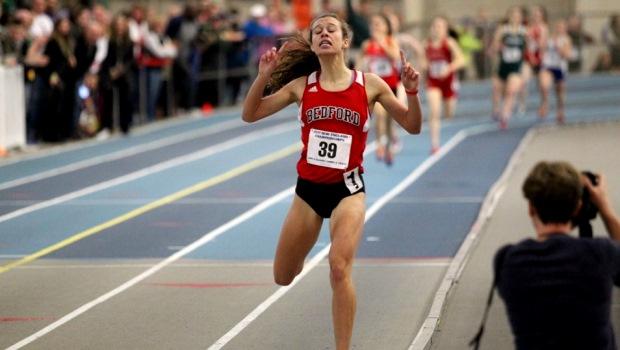 Oyster River senior Patrick O'Brien clocked the nation's fastest time for two miles at the New England Championships' held at the Reggie Lewis Track and Athletic Center.. O'Brien won the race with a 10-second best of 9:12.18. Finishing second was William Brisman of Fairfield Warde in 9:13.56.

In the girls' 1,000, Bedford's Leya Salis established a meet record of 2:48.25, a time that ranks No. 4 in the country. Salis was more than four-seconds ahead of her closest competitor, Emily Philippides of Grennwich (CT), who was second at 2:52.56.

New Hampshire also collected a victory from Billy Powers in the 55m hurdles. Powers was timed in a winning 7.34.